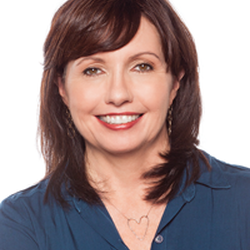 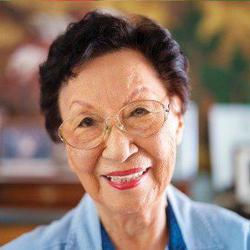 A talk by Robbie Dingeman and Pat Saiki
Honolulu Magazine

Grab a cup of coffee (or tea) and join us for the Fireside Chat. We’ll start the day with a talk story between Pat Saiki and Robbie Dingeman as they share personal stories of perseverance, resilience, and grace.

Patricia Saiki, a third-generation Japanese-American school teacher and mom from Hawaii, overturned the status quo to become a state legislator, a U.S. Congresswoman, head of the U.S. Small Business Administration — and an effective Republican in a decidedly Democrat state.

She exerted enormous influence and advocated for women’s rights during six decades of public service.

Born and raised in Hilo, Pat was one of three girls of second-generation Japanese-American parents, Kazuo and Shizue Fukuda. Her father played a large role in shaping her life – competitive but always conscious of the overriding need to use government service to improve the lot of those whose voices aren’t heard in the corridors of power.

An educator by training, Pat spent 14 years in classrooms in Hawaii and the U.S. mainland. It was her experience in Hawaii’s public school system that led her to form the state’s first teachers’ union. That experience was central to her quick rise in state politics, starting with being elected to Hawaii’s first Constitutional Convention in 1968. She went on to serve in the state House and Senate, two terms in the U.S. House of Representatives, and then in the administration of President George H.W. Bush.

At 91, Pat is still active in public life. She lives in the family’s long-time home in Honolulu, Hawaii.
Loading comments...

You need to be registered as an attendee in order to comment on this talk.

You need to register to perform this action. Simply enter your email into the box below.

By clicking 'Accept', you agree to the use of cookies. To learn more see our Privacy Statement.